We think every guy should receive Mack Weldon as a gift this holiday season, but we also recognize that you may need to get people more than one gift.  To help you out, we scoured the retail shelves (a.k.a. internet, because who goes to stores anymore?) to find our favorite gifts this season.  These items are all on our lists and we’re confident they’ll make someone on your list happy as well.

For the Guy Who Has Holes in Underwear

Mack Weldon Serial Chiller ($98): You didn’t really think we were going to write a Holiday Gift Guide and not throw some Mack Weldon in there, did you?  We’ve got a whole page of gift packs and gift cards you should check out, but if we had to recommend one, it would be the Serial Chiller.  This was a Black Friday best seller and is a great introduction to the brand.  Two pairs of underwear, two pairs of socks, a t-shirt, and a Mack Weldon bag all for under $100.  Time to upgrade the drawers of everyone on your holiday shopping list.

For the Guy Who Still Plays Mario Kart

NES Classic Edition ($60): Nostalgia is a powerful motivator and nothing sparks stronger nostalgia than Super Mario Bros, Donkey Kong, The Legend of Zelda, and Tecmo Bowl.  This faithful recreation of the original NES has been shrunk down, preloaded with 30 original games, and given an HDMI port to link up with modern televisions.  It’s already the hottest gift this holiday season.  In fact, it’s so popular it’s almost impossible to find on store shelves.  The Nintendo store in NYC has been getting shipments every couple days, but beyond that your best chance to snag one is camping out at your local Best Buy on December 20th or shelling out some serious dough on eBay.

For the Guy Who’s Always Late 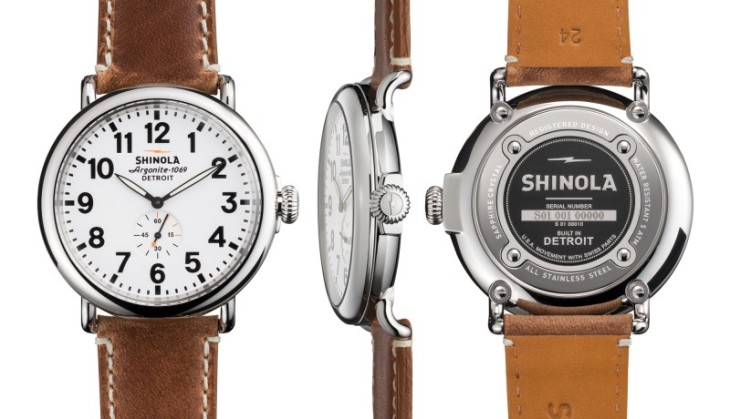 Shinola Watch ($500): A great looking watch is as much a wardrobe staple as underwear.  After all, there’s plenty of research that shows the first things a woman looks at when meeting a guy is his shoes and his watch.  Watches can get pricey, but if you want a great looking watch that doesn’t break the bank, Shinola is a great option.  Made in Detroit these classic timepieces are built to last and can be had for around $500.

For the Guy Who Won’t Stop Posting to Snapchat

Spectacles ($130): Everybody has that friend who spends more time at concerts taking Snapchat videos than actually watching the performance.  This is the perfect gift for them.  The sunglasses look sharp and post 10-second videos to Snapchat without having to take your phone out of your pocket.  The only catch?  They’re just as hard to find as the NES Classic Edition.  If you happen to live in NYC, you can swing by their store at 59th St and 5th Ave.  Go in the morning, get a wristband, and come back later in the day at your designated timeslot to avoid waiting in lines.  If you don’t live in NYC, pray that the Snapbot (Snapchat’s vending machine) gets dropped in a location near you.  But if it does, be prepared for long lines.

For the Guy Who Always Wants to go on Weekend Hikes 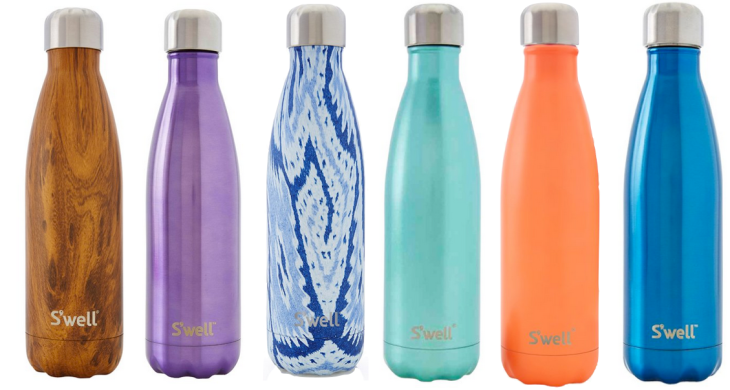 S’well Water Bottle ($35): Who doesn’t need a good water bottle?  Whether you go on weekly hikes or just always have water at your desk, something sturdy that keeps your beverages at the temperature they were meant to be at is a must.  S’well does about a good a job as anyone.  Their metal bottles are sturdy, feel premium, and do exactly what they are designed to do.  They even look nice and come in a wide range of colors.  This probably can’t be your only gift to someone, but it’s a nice add-on.

For the Guy Whose Dog Has Its Own Instagram

Whistle GPS Pet Tracker ($50): People love their pets.  People love to pamper their pets.  People get very sad when their pets get lost or get sick.  Enter the Whistle GPS Pet Tracker.  Part GPS tracker, part Fitbit, it’s the perfect gift for that friend who is obsessed with their dog.  The benefits of GPS on your dog are obvious, but why does your dog need a fitness tracker?  Dogs can’t talk (revolutionary insight, I know), so they can’t tell you when they’re sick.  A clear indicator that your dog isn’t feeling well is that it becomes significantly less active.  If you’re at work all day, you might not notice it for days.  Whistle keeps track of these trends and alerts you to issues, so you can get your dog to the vet before things get worse.  I’ve also heard a story about a couple that called out their dog walker for only walking their dog for 10 minutes when they paid for an hour.  So, it’s got that going for it too, which is nice.

For the Guy Who Only Drinks Craft Beer 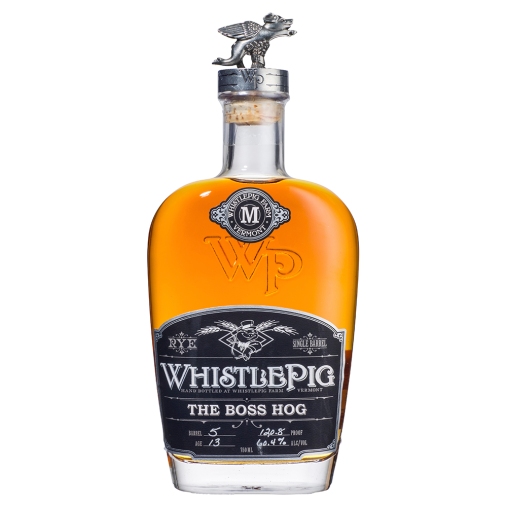 WhistlePig 2016 Boss Hog ($299):  We’ve all got that friend who refuses to drink domestic beer, drinks wine like they’re at a tasting competition, and only drinks liquor that comes in a bottle priced over $60.  Well even the biggest alcohol snob should be able to get behind WhistlePig’s annual Boss Hog.  WhistlePig is a Vermont distillery know for it’s rye whiskies.  Each year they release a special edition Boss Hog.  This year’s edition is a 14-year, 100% rye mash bill whiskey bottled at barrel proof.  The taste is described as “a fine balance between rippling power and delicate nuance found nowhere else on the market.”  It’s priced accordingly, so your snobby friend should have no problem enjoying this one.

For the Guy Who Saw Star Wars on Opening Night

Star Wars Propel ($250): Real talk for a second.  Every guy that saw Star Wars as a kid, dreamed of piloting an X-Wing during the assault on the Death Star.  Video games have tried to recreate the experience, but it’s just not the same.  Well, this Christmas that changes.  Propel has come out with a line of palm-sized Star Wars Quad Copters.  They come in four varieties: X-Wing, Tie Fighter, Speeder Bike, and Millennium Falcon (not yet available).  The best part?  If your buddy has one, the quad copters are equipped with lasers that allow you to battle in mid-air.  If your X-Wing gets hit, it slowly spins in circles until it lands softly on the ground, ready to go for round 2.  You may not be able to jump into the cockpit of an X-Wing yet, but at least you can now battle a miniature version.

For the Guy Who Still Talks About the State Championship 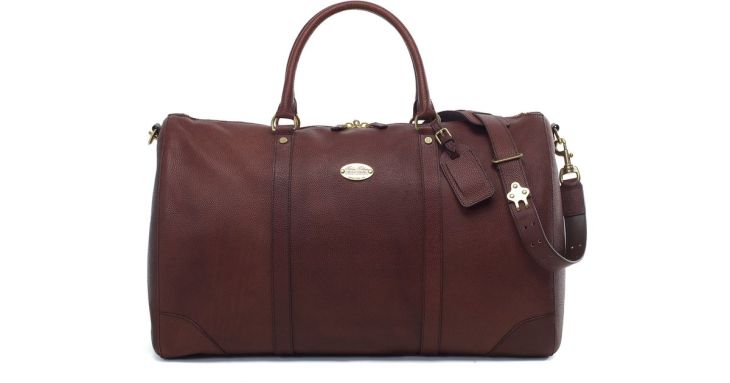 Football Leather Duffel ($698): A good weekend bag is essential and this one from Brooks Brothers hits all the marks.  Made of genuine football leather, it features a double handle, detachable storage strap, and brass hardware.  It’s the perfect companion for travel and your buddy will feel like he’s still got the old pigskin tucked under his arm as he relives taking it to the house against Tech in the State Championship.

For the Guy Who is Eagerly Awaiting Our Robot Future

Google Home ($130) / Amazon Echo ($180) / Philips Hue ($180) / WeMo Switch ($40): If you’ve ever watched a science fiction movie, you’ve probably dreamed of asking your computer to carry out tasks for you.  Well that future isn’t quite here, but we’re a lot closer.  Using products like Google Home and Amazon Echo you can now talk to the Google Assistant or Alexa, respectively, and get them to answer questions for you.  Through third party integrations you can even get them to turn on the lights, change the temperature on your thermostat, or turn on the TV.  If you have someone who’s looking to get started in the home automation space, pick up a Google Home or Amazon Echo (which one you choose likely depends on which ecosystem the person is most tied into) and then pick up a Philips Hue Starter Kit and a couple WeMo switches.  They’ll be well on their way to feeling like future promised by Disney Channel’s Smart House is finally here.

For the Guy Who is Always on the Road

Raden Carry-On Luggage ($295): What are the most annoying parts about traveling?  Fighting for an outlet to charge your phone?  Losing your luggage?  Getting to the Airport and finding out your suitcase is over the weight limit?  TSA breaking into your suitcase because you used a lock they can’t open?  Your luggage getting absolutely destroyed by bag handlers?  Raden has solved all those problems.  Raden’s line of luggage is made of high quality polycarbonate which makes them extra light and extra strong.  They also come with technology built-in: USB port for charging, a handle that doubles as a scale, and an app that pairs with your phone to help you locate your bag.  Welcome to the 21st century luggage.

For the Guy Who Always Has a Hot New Song Recommendation

Sonos Series 1 ($150) / Chromecast Audio ($25): No home is complete without a speaker system.  If you’re starting from scratch, Sonos is the way to go.  It’s simple to set up.  It works over Wi-Fi instead of annoying Bluetooth.  It interfaces with every streaming music service you would ever reasonably use.  And best of all, you can link together multiple speakers to create a whole-home solution.  It’s not the cheapest system out there, but the ease of use is well worth it.  But let’s say you’ve already invested a lot of money in a speaker system and just wish you could stream to it like all the cool kids.  Google has your solution.  Chromecast Audio takes the popular Chromecast mechanic and applies it to speakers that don’t have built-in Wi-Fi or Bluetooth.  It’s easy to set up and it’s ridiculously cheap.

Charley is Director, Finance & Operations at Mack Weldon. View all posts by Charley